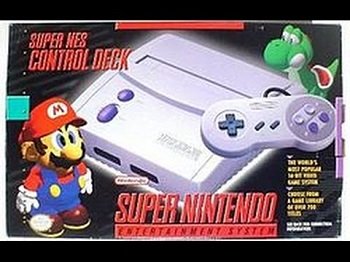 Nintendo’s home console, the SNES (Super Nintendo Entertainment System) was released almost 28 years ago, in 1990, and production was discontinued in Japan in the early 2000s. But looking at the console’s release schedule, you’d never have guessed it.

Unlike most old consoles which have simply faded away into obscurity, taking their existing crop of games with them, the SNES has continued to get new games even this many years on. While the number of SNES releases is unlikely to ever rival that of the PS4, Xbox One or other consoles that are currently available, its new game lineup has held steady.

What New Games Are On the SNES?

Over the past few years, SNES players have had access to several new games both licensed by Nintendo and crowdfunded and fan-supported efforts. This includes games like Fork Parker’s Crunch Out which is a title that aims to bring awareness about the concept of development crunch, which is where game developers work grueling periods of overtime in order to complete work on a game. Crunch Out was limited to just 1,000 copies and was sold exclusively from the developer’s website and at independent game retailer stores in the United States, but it was exciting for fans nonetheless.

Other recent titles include Unholy Night, a fighting game developed by a team of former SNES game developers (they worked on Kizuna Encounters and King of Fighters 98 among others) and was crowdfunded by fans. There’s also Star Fox 2, a game which was canceled in the 90s but was completed and released by Nintendo in 2017.

Why Are We Seeing New SNES Games Now?

While the release of new SNES games may seem odd to some, there are actually some very good explanations for it. The first being that the release of the SNES Classic Edition, a miniature version of the console with a built-in set of games, reignited people’s interest in the aging console. As of April 2018, the SNES had sold 5.28 million units around the globe, confirming that audiences still love the console a great deal.

New games influenced by the retro gaming era have also inspired this new wave of nostalgia. Retro gaming influences can be seen in many of the slot games at William Hill, including the likes of Arcade Bomb. As a neon-tinged arcade-style game that features bombs, fruit symbols and winning explosions, Arcade Bomb is similar to the SNES classic Super Bomberman: Panic Bomber. Craving more retro fun, players have flocked to the SNES to find it.

A huge influx of new SNES games is unlikely to happen any time soon, but there are some efforts to bring unreleased games to the console. Canceled racing game PowerSlide is one such example as the game may be getting a physical release soon. That’s not a totally new title but it shows how fan enthusiasm is driving the market.

So long as fans want new SNES games it seems that they will continue to be released, in small numbers at least. Given the console’s long and influential history, it will be exciting to see which new title is released next.