In this version there is a car bonus stage and the background ocean has been edited to be less saturated.

The aim of this version is to create a more consistent and less flashy version of four of the original stages, giving recognition to the palette of the original Street Fighter II SNES version.

Edited stages: U.S.A. Guile: The suits of the spectators in the back are now in an army style green, as in the previous games. 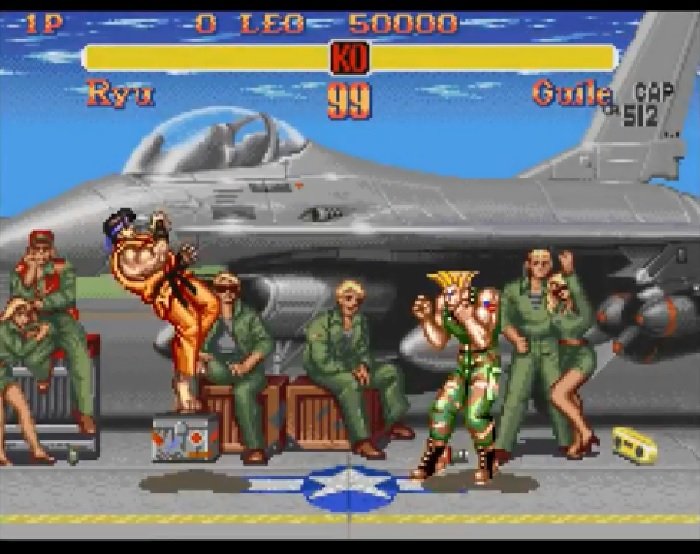 U.S.A. Ken: The green water is now blue and less saturated. It is possible that Capcom wanted to make it look like the arcade version of Super but went a bit overboard with the saturation and amount of green in the stage. This also applies to the sky which is now in a light blue. 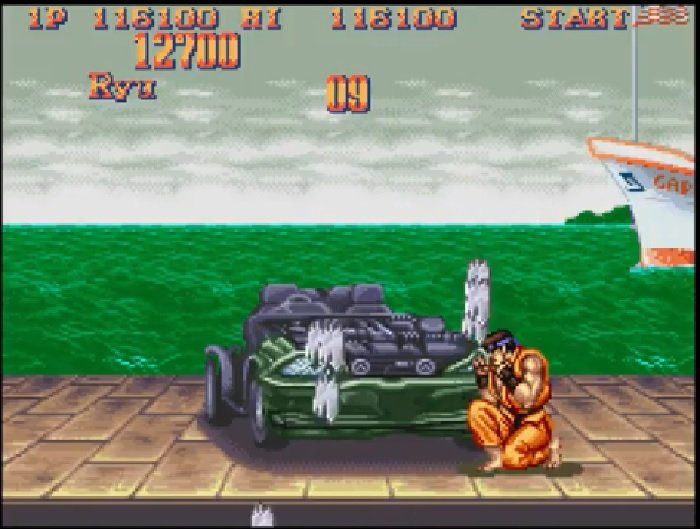 Question : How Do I Patch the ROM File To Play?
Answer : Watch this video which will show you what to do. You need to download Lunar IPS tool and run it then click on “Apply IPS Patch” then select the .ips file and click ok, then select the Rom file and the patch will then be applied. Now launch your SNES emulator and open the ROM file.

Question : Where Can I Download The Lunar IPS Tool?
Answer : You can download the tool from Here 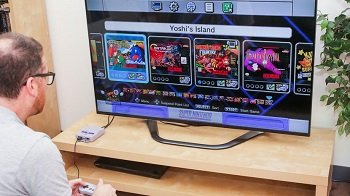 If you have played this game we would love to hear what you thought about the game. Please post about it on our forums and rate the game above.

Question : What is a SNES Rom Hack?
Answer : A SNES ROM Hack is where someone has taken the original SNES Game and has modified it with new graphics / levels / characters. Some hacks are very good and can create completely new games, whilst others are not done very well and can even be unplayable.

Question : What Emulator Shall I Use To Play Super Street Fighter II Palette Correction (ROM Hack)?
Answer : There are many good emulators you can use to play this SNES Rom hack, Take a look at this article which will list a few for what ever system you are using (PC, Linux, PSP and so on)