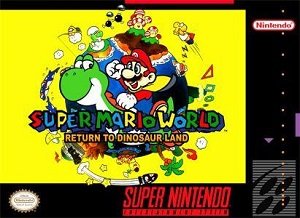 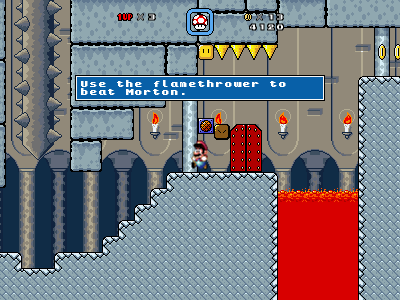 In this hack all worlds and levels are new including new world themes such as water world and ice world. There is a total of 47 new levels. Graphics are the same as the first game and the difficulty is around the same. As with the original game there are plenty of secrets, switch palaces and alternative exits for you to find,  A nice edition are the information boxes which give you hints as to where to find the secrets. A nice new feature is a save option after you complete every level. Sadly the star and special areas are not present in this game. 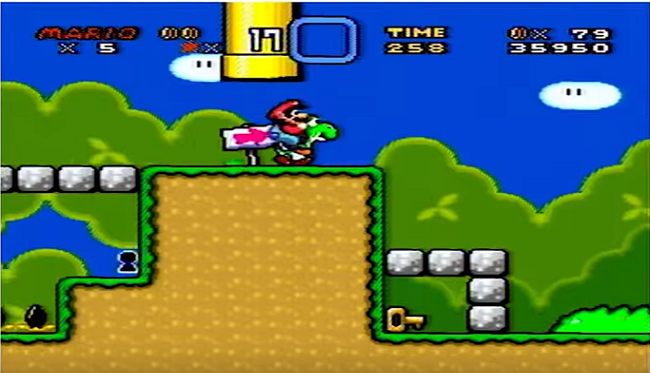 As soon as they set out to find princess peech the Yoshi’s became very confused as the lands they knew had changed completely.  The green donut plains is now covered in a strange plateaus, Mario and Luigi knew something strange was happening here.