My friend recently visited Fukuoka in Japan where he was lucky to be able to purchase a very impressive line up of SNES games. Take a look at the pictures of hes pickups. I have since learned that you can pickup SNES games for a very good price in Japan, Much cheaper than any where else. 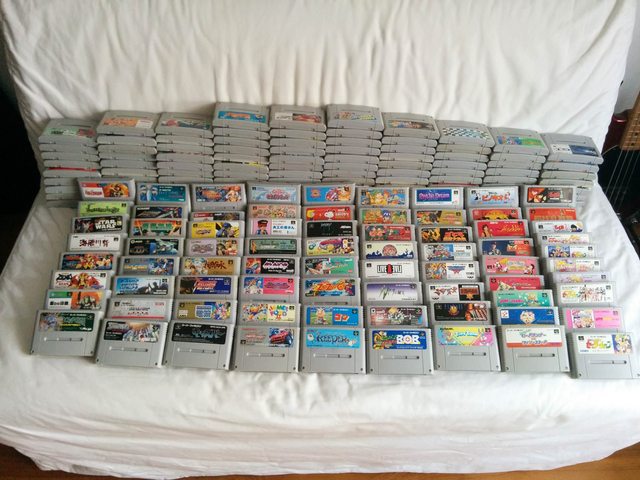 My Friend Told me

I was actually in Fukuoka for a week, where I roamed around and made pretty good deals, not only on sfc. Besides hard-off there are local store chains called Manga souko and Guru Guru souko that can deliver a vast choice of items. There are at least two in Fukuoka. There is also an independant shop called “culture arts”, more expensive though. There is the mandarake of course but it was dissappointing in termes of loose sfc games. They have more stuff boxed. But the real cherry on the cake was the brand new Surugaya shop that opened in Kokura, I can’t recommend this one enough. Some of the best shelvings I have ever seen.

I searched ebay for Japanese SNES games and there are a few sellers that sell games in big batches which brings the price per game down after paying for shipping costs.