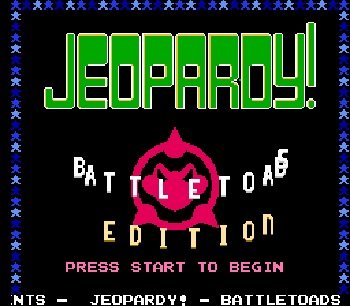 This hack Jeopardy: Battletoads Edition is based on the NES Game Jeopardy 25th Anniversary Edition.

Jeopardy: Battletoads Edition is a simple Jeopardy hack. It has new graphics, new layout and design, and music ported from Battletoads! 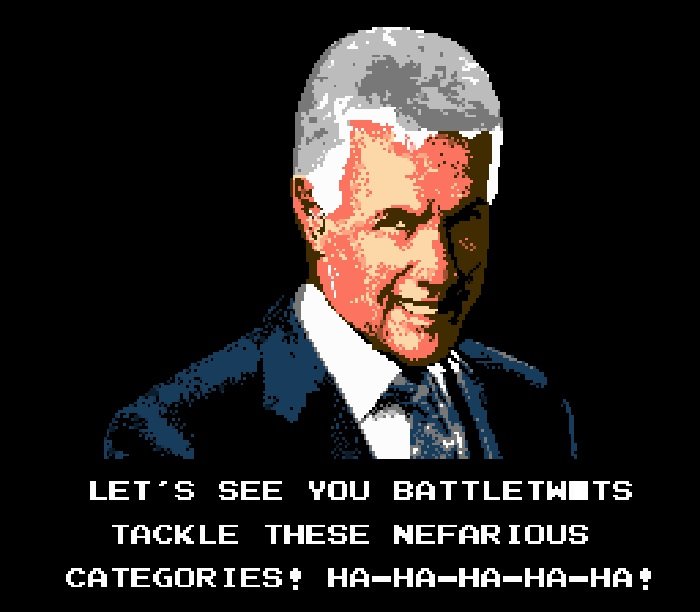 This is a hack of Jeopardy! 25th Anniversary Edition. It changes the graphics to a Battletoads theme.  Battletoads music is used on the opening cut scene. 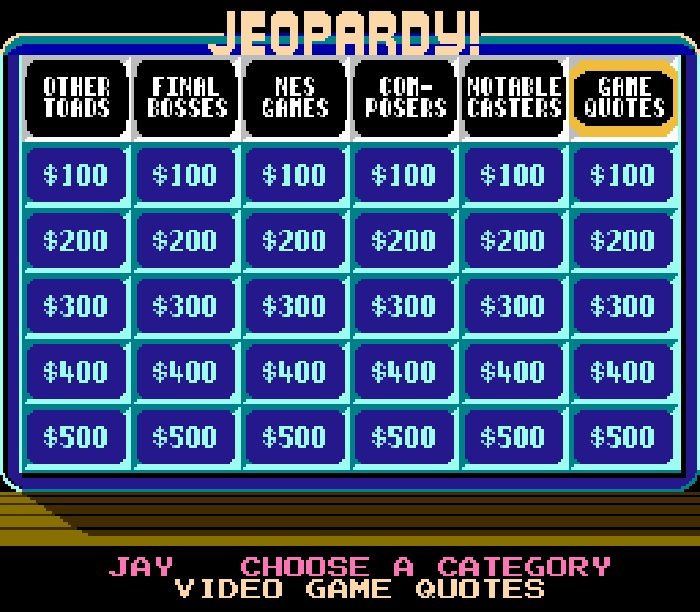 Categories are mostly inside jokes specific to Twitch.  TV trivia as the hack author made it for the show, it’s followers, as well as other characters on the site.  There are also videogame related categories. 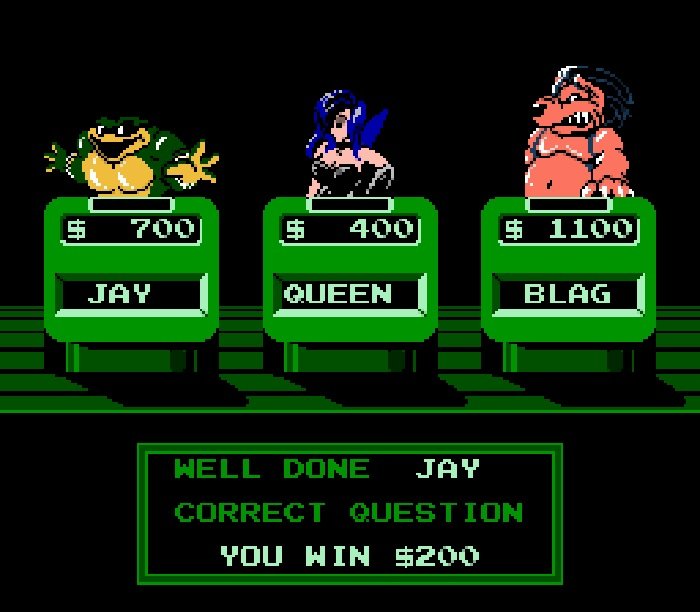 You can use the links below to download Jeopardy: Battletoads Edition.  If you play this game please come back after and post a comment to let us know what you thought of the game