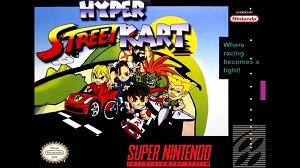 Hyper Street Kart is a Super Nintendo ROM hack based on the Super MarioKart SNES game. This hack introduces new characters as well as tracks, items and cups.  Capcom developed many great beat em up games, But I don’t remember them releasing any good racing game,, Until now, sort of 🙂 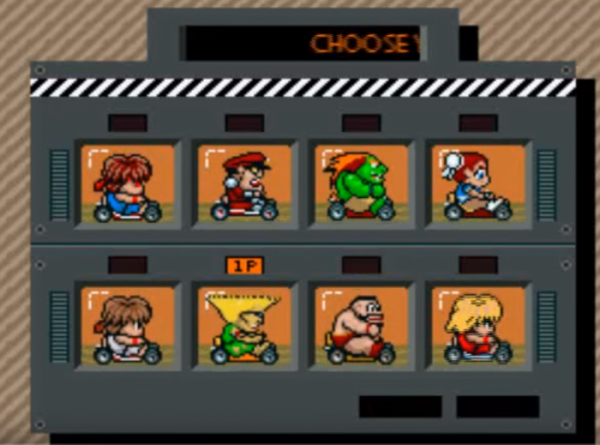 The original mushroom, Flower and Star cups have been replaced with, Street, Fighter and Hadoken cup races which is a nice touch. You also get new items / power ups in the game, Power ups seem to be changed to be closer to Street Fighter II abilities (such as the fireball of Ken and Ryu) 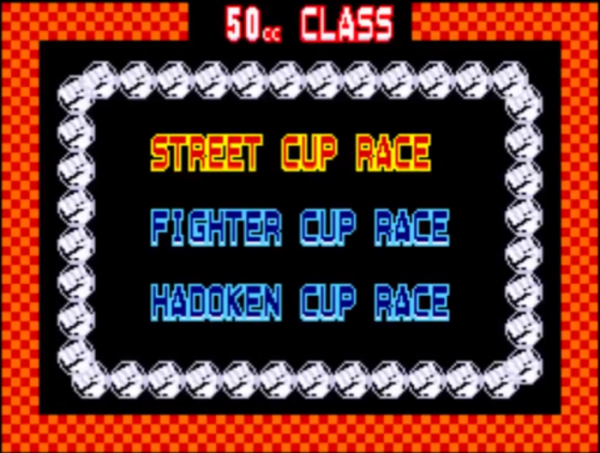 New racing tracks have been introduced in to the game which have been well developed and they feel like they are quite similar to the original Super Mario Kart to race on.  Overall this game was fun to play and I highly recommend it. 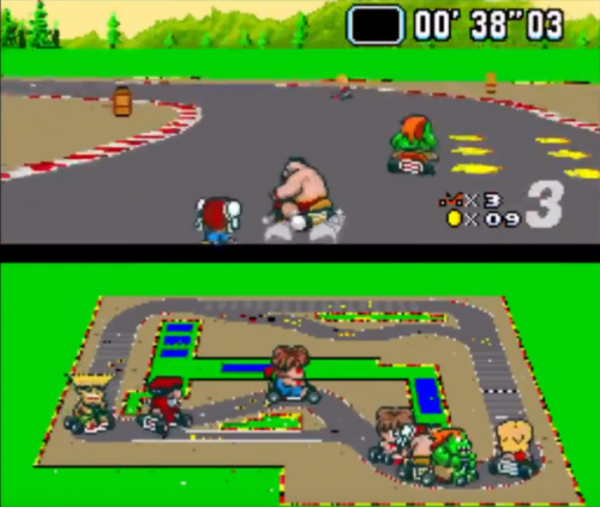 – Since 1.1, fixing the Ryu’s speed turns the Hadouken’s item color in green
– UI palette in Chun Li’s beach is broken
– IA seems to have touble to jump correctly over the road on Final Race
in Street Cup.
– Some barrels/Akuma’s face disapear/apear in short distance. Behaviour is not
game breaking though.