Below is a video I made on youtube which shows this hack.

There are not many ROM hacks of this game available because apparently it is quite hard to change the code for this game, How ever saying that L_Sky has done a great job with this hack.

The difficulty of this hack has been slightly raised from the first game, Which makes this game a nice challenge for people who have completed the first game. The first release of the hack had a kaizo difficulty final world which was removed as users complained they enjoyed the hack up until the last world. The screenshot below sum’s up what you can expect from the layout of most of the levels. 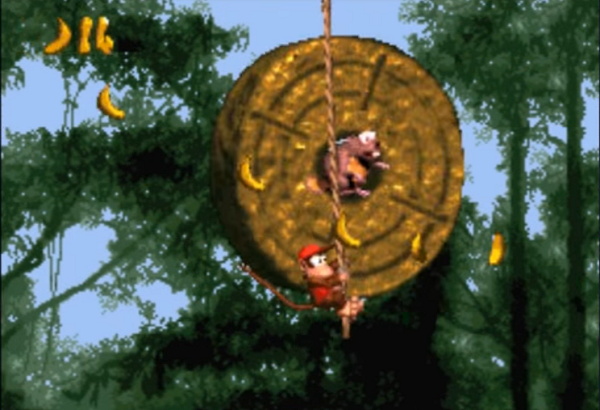 Once you have completed the millstone mayhem level the difficulty level then returns to a much more enjoyable pace.  There are also some very enjoyable levels which includes a forest / mine cart level as shown below.

You can expect the same audio / visuals and controls as the original game, but there are no new graphics or sounds in the game.  Well occasionally characters seem to glitch like in the screenshot below but this was probably a change that the developer put in to the game.

Overall this is a great hack and I would highly recommend this game, Just be aware you might want to either give up when you get to the millstone mayhem level or make sure you use emulator save states.