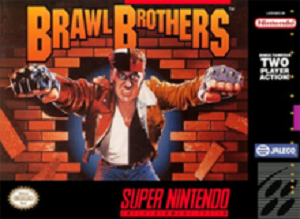 There are many great games on the Super Nintendo that are not very well known and I have another one for you today. Brawl Brothers, known in Japan as Rushing Beat Ran is a side-scrolling beat ’em up game similar to Streets of Rage. Brawl Brothers is a sequel to the well-known game Rival Turf, many consider Brawl Brothers to be the better of the two games.

The graphics have been greatly improved and the animation is much smoother and more colorful. The gameplay is also a big improvement from the first game.  In the options screen, you can select a maximum of five lives and continues as well as Easy, Normal, and Difficult gameplay.  There are five characters to choose from. Rick Norton, the street brawler. Douglas Bild, the police officer. With three new characters in Lord J, the judo master. Kazan, the ninja. Wendy Milan, the professional wrestler. 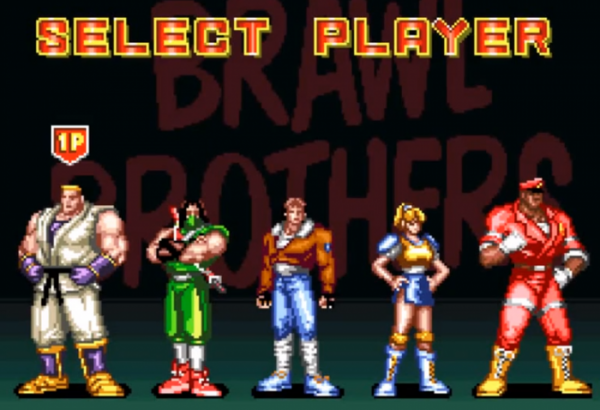 Each player has a special attack that will cause a lot of damage but will also drain your own health, so use wisely.  Combat wise the game is a little difficult, the enemies will constantly try to surround and team up on you which can get frustrating at times. As you get better at the game you will learn the best ways to take the enemies out using special combos with your character.

When you get to the sewer level you need to walk through the doors in the correct order otherwise you will be returned to the beginning of the level. This can get a little frustrating because you want to fight bad guys not work out how to get out of a maze. The first time I played this level it took me about forty minutes to work out exactly what to do. 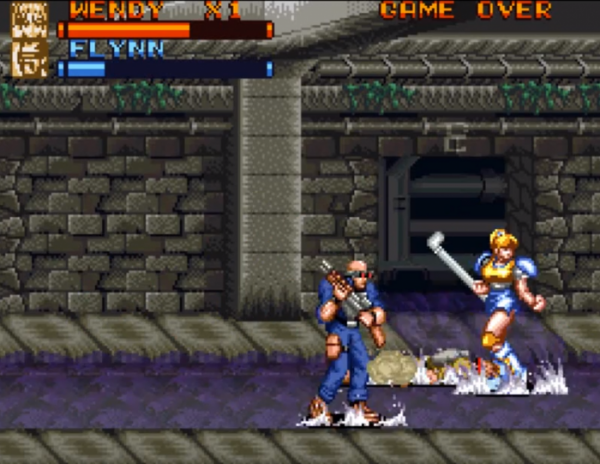 There are four stages in this game and each one is very different from the other which also includes new enemies and a boss fight at the end of every stage. Each stage can be quite long and sometimes repetition in the game becomes noticeable, especially if you can not work out the correct path at the sewer level.

Each stage should take twenty to thirty minutes to complete, There are no saves or password codes available in this game so you will need to complete it in one sitting. I recommend playing this game with a friend if possible as it makes the game a lot more fun. 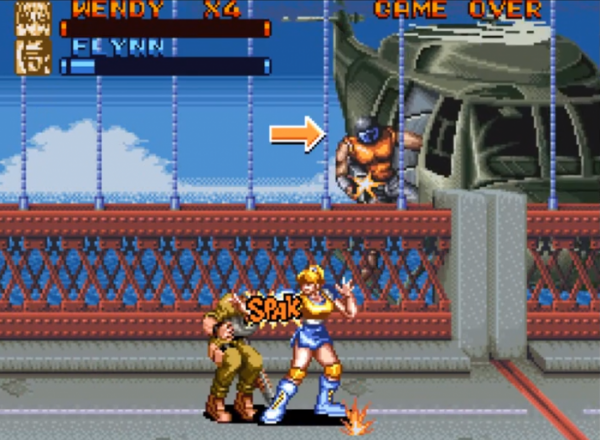 Overall I would rate this game eight out of ten, Brawl Brothers is obviously a rip-off of the final fight but I have to say it is defiantly worth checking out. I have tried to buy this game but it seems to be quite hard to get hold of. On eBay, there were not many listings for this game and the listings I saw were selling the game for silly money. I hope to add this game to my collection soon.

Have you played this game? If yes I would be very interested to hear what you think of this game.