Have you played Street Fighter 2 on the SNES to death and are looking for games like street fighter 2? Well I have put together a list of games that I think are almost as good as street fighter 2. In this article I will list the 5 best street fighter 2 alternative games as well as honourable mentions (Games which almost made it to the top 5) and also which games to avoid.

There is no doubt that Street Fighter 2 on the SNES is one of the best beat em up games of all times. This was possibly the first arcade perfect port to a home system. Find out what other games on the SNES were like street fighter 2 below. 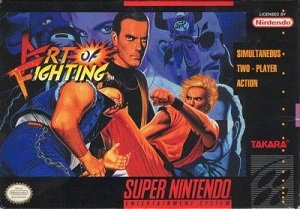 In at number five is art of fighting. Art of fighting was ported from the arcade to the neo geo almost perfectly, But sadly the port to the SNES was not as good. The game still holds up well on the SNES, Many believe this game can be a bit difficult.

At number four is Power Rangers: Fighting edition.  When this game came out I was a huge power rangers fan but I did not expect much from this game.  Power Rangers: Fighting edition was one of the last games released on the super nintendo and received extremely limited exposure making this game fly under the radar.  This game is easy to pick up and play, you attack by using four buttons.  The diverse choice of characters will keep you coming back to play more.

At number three is Gundam Wing Endless Duel.  Sadly this game was only released in Japan and was one of the very last games to be released on the SNES. Why it never made it to America amazes me as the cartoon was a big hit in the US. The gameplay is stunning. Each character has the unique weapons and movements from the series. Super combos and normal combos are small and easy to pull off because most combos have the same commands and super combos all have the same commands. The graphics are also amazing which makes this a solid game.

Teenage Mutant Turtles Tournament Fighters is another title which was released towards the end of the SNES era and as a result did not get the attention it deserved. This game has three gameplay modes including Tournament, Vs Battle, and Story Battle. All of the characters you expect to see in a turtles game are here and they all have there own special moves.  The graphics are amazing and do well to capture the feel of a turtles game.

This game needs no introduction, when I was younger there were so many arguments at my school which game was better, street fighter or mortal kombat. Sub-zero and Scorpion are as famous as Ken and Ryu. At the time the graphics were amazing but we all know the SNES version was missing red blood (Which I don’t think was a big deal) 🙂  I also feel Mortal Kombat on the SNES was as good as the arcade version.

One thing that mortal kombat did that was better than any other beat em up was the finish them moves at the end of a fight, nothing better than chopping someones head off. 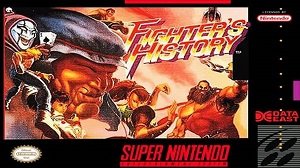 This game was famous for being taken to court for being to similar to street fighter 2.  The gameplay is smooth and feels like a great beat em up. This game makes use of all six snes buttons which was not common at the time of release. This game also topped Japan’s game charts for a few weeks.  There were also two sequels to this game, one released on the NEO GEO, and the other one “Fighter’s History: Mizoguchi Kiki Ippatsu” Which was released on the super nintendo. 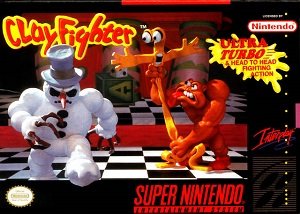 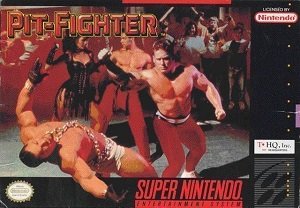 Pit fighter tried to bring next gen graphics to the SNES with the use of digitized live actors. Whilst the graphics of the characters are not to bad, everything else is.  I remember when I played this game for the first time when I was younger, I was so excited as all my friends were talking about this game, But all I can  remember about this game was how bad it was.  Avoid at all costs. 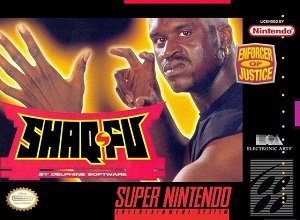 Some consider shaq fu to be the worse game ever made.  Why did this beat em up game star the baseball star Shaquille o’ Neal? Did the developers mean to develop a basket ball game or beat em up? Story line is awful, Hit detection is abysmal,unresponsive A.I, opponents which are pushovers one minute then impossible to defeat the next, controls that barely work, oh and the game plays really slow.  Avoid at all costs.