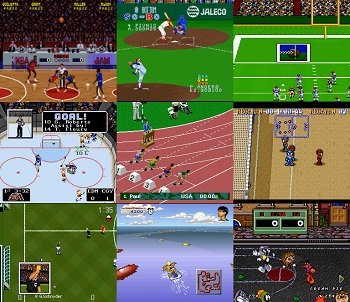 Of course, no one on this site would deny that the SNES is the greatest games console ever. What really makes it so great is the games library. There’s been no better or more diverse back catalog of titles in the history of gaming.

That holds true for a number of genres, and sports is no exception. Here we look at three of the best sports games in the history of Super Nintendo.

If you know of any games you think should be in the top three please post about them in a comment below and let us know why.

Street Fighter 2 was the game that everyone (and I mean everyone) loved. Nerds enjoyed it. So did the cool kids. Even the junior high football team couldn’t get enough of it. You could play it in public, too, at the local arcade. The 2D arcade fighting game saw the last IRL community of strangers come face-to-face. It was a sign of an interconnected future, known as the internet. That explains the significance of the Super Nintendo port- to enable never-ending practice sessions. Street Fighter 2 wasn’t an indulgence, it was a social requirement with the potential to turn the ultimate teen loner into a world champion. 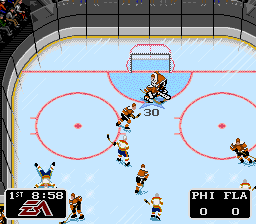 Out of all the games representing the big four sports, NHL ’94 was the best of the best. The manual could be more than confusing at times, yet it had you instantly hooked. Even if you didn’t know your Steve Yzerman from your Ray Bourque, or know anything about strategy, it provided more fun than just about any sports game out there. The numerous Madden games have entertained football fans over the years, and there have been a plethora of baseball titles, such as 1991’s Super Bases Loaded.

As far as basketball goes, NBA 2K16 could be fun for more experienced players, but it was never one for beginners. There have even been a number of excellent soccer games on the SNES, including Super Soccer (1991) and International Superstar Soccer (1994). The sport itself falls under the spotlight this year, with the World Cup just around the corner. Having a wager on the outcome is another way that sports fans are set to try and find their winning stride. Not all Americans are versed in ‘the beautiful game’, but there are more details at Bonus.ca for a rundown on this summer’s competition, with Brazil and Germany locked at 5.00 as favourites for the tournament.

The most traditional of all racing games, Super Mario Kart had tracks that most resembled actual race tracks, and there was less emphasis on fairness and items. The AI had a rubber banding technique hated by many players, yet it helped to push them to the point that they were destroying their peers in the most difficult courses, and with some regularity. Kart was the kind of game that you could even play with your dad. Payers may not have been able to best their dad at football, and he may have been unable to figure out baseball, with some of those older controls, but Kart was the game which saw father and son finally playing on an even field. The game even helped strangers to bond. It could also be addictive in another way, in that it introduced web-based rankings. Once players spotted where they ranked, trying to climb the standings became an obsession. Even with all the fantastic additions to the game, there’s something magical about going back and playing the original when the itch to play something different comes along.

Not that all sports games were better back in the day, of course. Actually, strike that: they were far superior.